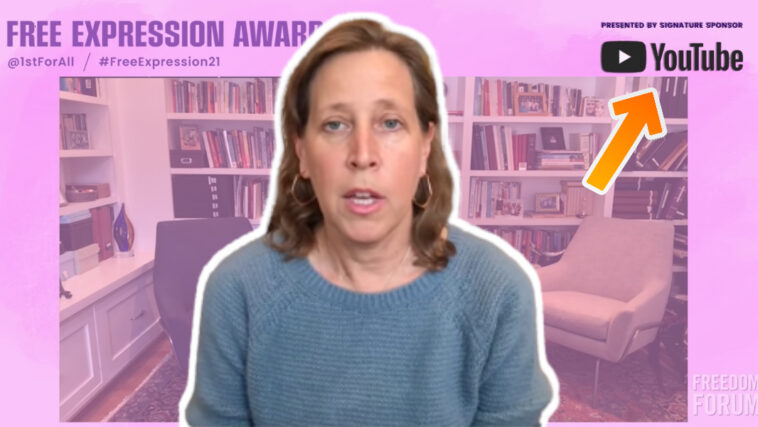 The 2021 Free Expression Awards and Festival claims that it recognizes people for “courageous acts of free and fearless expression.” YouTube appears to be a “signature sponsor” of the event, according to the video for the awards presentation.

On Thursday, YouTube creator Molly Burke presented Wojcicki with the farcical “honor” in a video that you watch below. At last check, the video had less than 100 likes and 17,000 dislikes.

Burke gushed, “I’m so excited to be here tonight to present Susan Wojcicki with the Free Expression award. As the CEO of YouTube, Susan is facing some of the most critical issues around free expression today.”

“We’re removing content that violates our policies. You can go too far and that can become censorship, and so we have been working really hard to figure out what’s the right way to balance responsibility with freedom of speech.”

You can read more about Wojcicki’s speech here.

This is the height of irony. Despite admitting that YouTube removed millions of videos and suppressed videos that don’t break any rules during the interview, Wojcicki portrays herself to be a champion of free speech!

Sure, YouTube bans anything that dared to question the World Health Organization (WHO).  It shut down any hint that the 2020 election was plagued by fraud, errors, or glitches” which may have changed the presidential election’s outcome. But hey… details, right?

A week before accepting this “freedom” award, Wojcicki spoke at conference, bragging how she escalated YouTube’s censorship.  There, Wojcicki called for global solutions to the problem of content that is “legal but could be harmful.”

Yes, actions worthy of the word “freedom”. Remember when Steven Crowder had his livestream shut down “by mistake?” Or when YouTube suspended and demonetized Crowder? Nothing says freedom like suppression, am I right?

What audacity. To sponsor an award ceremony for freedom of expression where your CEO that may be one of the largest suppressions of free expression is the honoree. 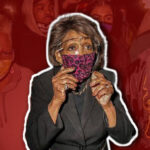 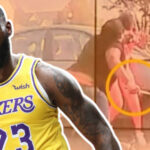