New York City Mayor Bill de Blasio was accused of brushing off a desperate Chinatown baker looking to voice real concerns over losing his business due to COVID-19 lockdowns. The baker later claimed to a reporter that the person many call “America’s Worst Mayor” was merely using him and his neighborhood for a photo opportunity.

NY Post reporter Elizabeth Rosner posted video on Twitter of De Bozo’s response to a bakery manager lamenting the current state of business in the “Peoples’ Republic of New York City.” You can see de Blasio turning his back on the manager while the man was in mid-sentence, and walking away without even offering the hint of any solutions in the offing.

Watch the video and judge for yourself:

As well as the follow-up:

According to BizPac Review, the baker, identified as Patrick Mock, was in the middle of explaining his business’s hardship:

“We lost our Chinese New Year, our busiest day of the year of our community. The most festive holiday that we have,” the man, later identified as Patrick Mock, told de Blasio who was walking through the area known as Chinatown on Wednesday.

“Then COVID happened,” Mock continued saying through his face mask. “Now, we’re all hurting so bad. What we need is people’s confidence.”

It appears from the video that someone attempted to counter Mock’s assessment. But while that was going in, what was de Bozo’s purported response?

Not support. Not words of encouragement. Not a pledge of assistance.

“It’s just a difference of opinion, that’s the bottom line,” de Blasio finally said as he turned to walk away, reportedly saying the situation was “very unfortunate.”

The lack of effort from de Blasio is astounding, even by his standards. A skilled politician would have followed through on easing the business owner’s concerns. One way would be to provide him a contact at his office to discuss specifics in greater detail in a more private setting. But even the most novice politician would have had a better response to this business owner’s concerns – even if it was just a cursory one.

Instead, the cameras kept clicking and de Blasio rolled out, like the absolute Buffoon that he is. 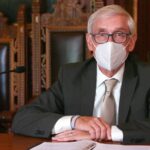 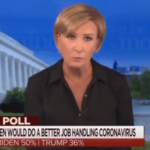