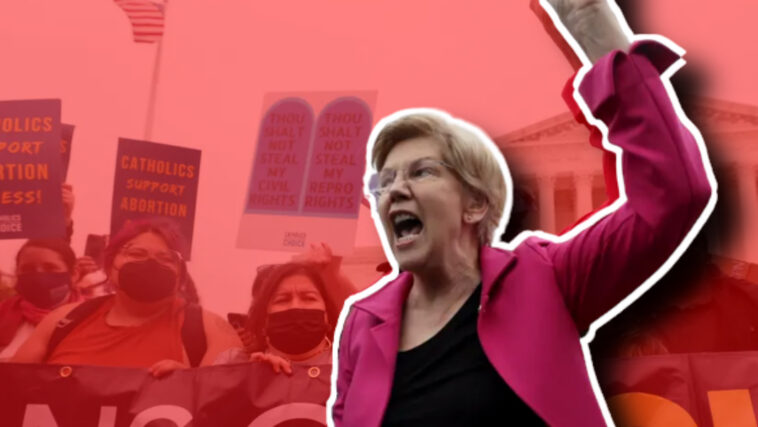 Videos from outside of the Supreme Court depict a shaken Sen. Elizabeth Warren, including Warren’s insurrection-like call to “fight back”.

In response to the unprecedented leak of a draft from Supreme Court Justice Alito which would overrule both Roe v. Wade and Planned Parenthood v. Casey, Sen. Warren had a lot to say. In one video, Warren speaks shakily, expressing her anger at the latest news:

“I am angry,” said Warren, as she marched to a protest. “Angry and upset and determined.”

“The Republicans have been working toward this day for decades,” said Warren. “They have been out there plotting, carefully cultivating these Supreme Court justices so they could have a majority on the bench who would accomplish something that the majority of Americans do not want.”

Another video showed Warren’s insurrection-like call for supporters to “fight back”.

Interestingly enough, Warren and Democrats linked that exact same phrasing used in a fundraising email sent by the RNC on January 6th, 2021 one hour before protestors breached police lines at the Capitol to the so-called “insurrection.”

Talk about a “Hot Mess“. Warren appears unhinged in these and other videos. But, her hypocrisy is what shines through the most.

Warren’s insurrection-like call to “fight back” outside of a government building is, apparently, perfectly acceptable. But, the RNC’s email to “fight back”, is part of a conspiracy.

Warren purposefully misleads those around her claiming that polls show that 69% of Americans support abortion. What Warren conveniently leaves out is that surveys on abortion are much more nuanced.

But don’t take our word for it; here’s what NPR had to say after it conducted a survey in 2020:

What the survey found is a great deal of complexity — and sometimes contradiction among Americans — that goes well beyond the talking points of the loudest voices in the debate. In fact, there’s a high level of dissatisfaction with abortion policy overall. Almost two-thirds of people said they were either somewhat or very dissatisfied, including 66% of those who self-identify as “pro-life” and 62% of those who self-identify as “pro-choice.”

Warren and other Democrats are worrying about two different things: the midterm elections and their own power. By riling up the base into a frenzy over abortion, Warren hopes to drive voters to the polls in a desperate attempt to salvage her party’s chances in the midterm elections.

Warren knows that, in the face of out-of-control inflation, economic recession and disastrous foreign policy, Democrats need a rally cry, or they will be obliterated at the polls.

Clearly, Sen. Warren has expanded her buffoonish repertoire to include hypocrisy and her temper tantrums. 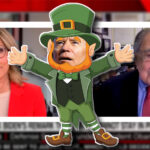 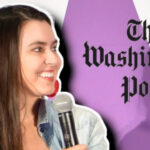